You will no doubt recall that at the beginning of my trip to Gigrin Farm I was invited into the rehab aviary to look at an injured buzzard. Well it seems the Vet saw the bird and prescribed some medication, I think for the birds’ right eye. From what I can gather the bird appeared to respond, but the bad news is, that today I was informed that he didn’t make it. I was so disappointed!  That is why I don’t think I could work with animals. I don’t mind all the gory bit, I can do pretty much anything (I think!) but I would have great trouble getting use to losing a ‘patient’. It is obvious that all concerned at Gigrin are sad at the loss, nobody wants to see an innocent animal die. But of course they live with these animals 365 days a year, year on year….mind you I have been here a week…..and I spent a week here 5 years ago!  OK, so I don’t have a voice when it comes to the day-to-day caring for ‘wild’ animals….but I was so sad (wiping tears from my bloodshot eyes). 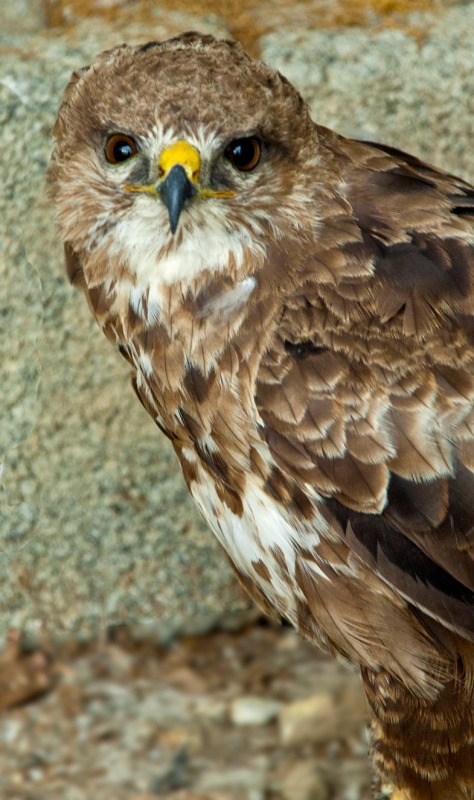 It’s Saturday morning and we are in the throes of leaving Gigrin Farm. I am aware that there are still days to be added, but I have been experiencing some difficulties in getting on-line up here in the Cambrian Mountains. However, as soon as I get back to base I will start sorting the pics, I estimate that I have taken about 2,000 so there should be at least one half decent one there worth posting!!

Meanwhile, can I leave you with this? Yesterday I went for a walk which took me about three hours. I ended up walking the complete circumference of the farm and stopped by two small ponds. One of the ponds had lots of Damselflies and the second one a couple of Dragonflies. However, at the first pond the owners had kindly installed a hide. On the down side, at some time someone had left the door open and the Welsh Black-faced Mountain sheep had stopped by, I guess they thought this was the local Public Convenience! On the semi-upside, trapped in the corner of the hide was a juvenile blue tit. It was so small and quite panicky when I entered the hide. It kept flying at the closed window trying to get out and was basically beginning to do it self some harm. I gently walked very slowly towards it, and softly dropped my cap on him. I then picked him up. After a quick check over and snap on my iPhone, I released him. He flew off no worse for ware tweeting away.

Apologies for the poor quality of the pic, from my phone, plus I was more concerned with the bird that the photo.